it's interesting to check how difficult is it to port a grasshopper plugin to PyFlow. Hopeful if it is simple , we can conquer other plugins too.

microelly2 wrote: ↑
Sat Jul 20, 2019 5:35 pm
it's interesting to check how difficult is it to port a grasshopper plugin to PyFlow. Hopeful if it is simple , we can conquer other plugins too.

I agree with this verbiage 'conquer'. If this barrier is overcome, especially within the different demographics of education, DIY, inventors/hobbyists...fugetaboutit
Alone you go faster. Together we go farther
Want to contribute back to FC? Checkout:
#lowhangingfruit | Use the Source, Luke. | How to Help FreeCAD | How to report FC bugs and features
Top

it's interesting to check how difficult is it to port a grasshopper plugin to PyFlow. Hopeful if it is simple , we can conquer other plugins too.

Instead of focusing on PyFlow (personally, love Python as an architet who doesn't know to program), let's focus on Javascript which will bring us a cross-platform which works everywhere

Our GitHub project not only can give to FreeCAD community a visual programming platform, but also will help in IFC and IFC related approaches


So, if you know Python and Javascript well, let's collaborate guys

CC: @yorik @bernd @Moult
Leadership is opening the doors for others to go through
Top

The developers of FreeCAD always have said that they are too busy working on other FreeCAD priorities. So, maybe it is a better strategy if you could start with this project as an external workbench and later ask for more collaboration to other community members.
Anyway, maybe an IFC link is a good motivation.
::bitacovir::
===================================
One must be absolutely modern.
Arthur Rimbaud (A Season in Hell -1873)

ReD_CoDE wrote: ↑
Sat Jul 20, 2019 11:22 pm
Instead of focusing on PyFlow (personally, love Python as an architet who doesn't know to program), let's focus on Javascript which will bring us a cross-platform which works everywhere


I do not agree. In my eyes pyflow is the tool freecad needs. Once integrated tightly in freecad we will see a lot of use-cases where pyflow will be useful.

Why using JavaScript for the same thing which is possible with libraries we already depend on...
Top

It's up to you, if you think PyFlow is good enough, no problem work on it

Ok this thread is getting hijacked. If we want to discuss this in more depth, we should move this tangent to another thread. I will say this and then we should end this tangent here.

It's not about who is wrong or right. It's about someone stepping up to write the code and then maintainers that can maintain (which means packaging). There is no doubt that javascript has a dedicated community and widespread adoption, but most of this community is built around python. There is no talk at all here of javascript, very rarely except json. so what you are asking means change to many things (change is good but is it sustainable?). OK, end of hijacked thread.
Alone you go faster. Together we go farther
Want to contribute back to FC? Checkout:
#lowhangingfruit | Use the Source, Luke. | How to Help FreeCAD | How to report FC bugs and features
Top

I understand what you say, and I'm not a programmer, so anytime some friends decided to work on PyFlow or any other Python framework I will help with to choose the best solutions than PyFlow.
PyFlow is good and can be part of the solution

And about Javascript, I don't say we should work on it instead of Python. We can work on Python-based solutions but have an eye to the future, someday FreeCAD like other authoring software in the industry has to be cross-platform

I end up here and if you want, it's better to open a new topic
Leadership is opening the doors for others to go through
Top

time to ditch my now password-disabled 2011 copy of Ecotect I think...
Top

Hey all! I'm happy to announce that I've ported the Ladybug nodes to Blender via Sverchok. So if you're after a full FOSS stack to run Ladybug (and yes, ditch Ecotect!), here it is: https://community.osarch.org/discussion ... blender/p1 - the job isn't done, as only Ladybug is ported (bug fixes pending), and it's still missing Honeybee and Dragonfly.

I'll stick a couple images at the end of this post.

But the primary reason that I'm posting is that in porting it to Blender, I learned a lot about how the nodes are structured and how the Ladybug libraries are structured. They are designed in a way that nodes can actually be auto-generated from one platform to another, with only a few interface classes that need to be rewritten to allow it to speak to the geometry API of the relevant platform. In short, the exercise to bring these visual programming nodes to FreeCAD could actually be easier than we think. Also, in the process of bringing it to Blender, parts of the node translation workflow were ironed out, so it'll be easier with FreeCAD.

I am not familiar with PyFlow and its integration with FreeCAD (but then again, I was also not familiar with Sverchok either), but if somebody here is familiar and would like to take on this challenge to bring Ladybug to FreeCAD, I would be happy to volunteer what I've learned and guide along the process.

Alternatively, if somebody here is familiar with PyFlow and FreeCAD and is willing to give me a crash course on it (ideally including some code internals), I can help do the porting to FreeCAD. However, it might take a while, as there are quite a few other items already on my to-do list

but late is better than never! 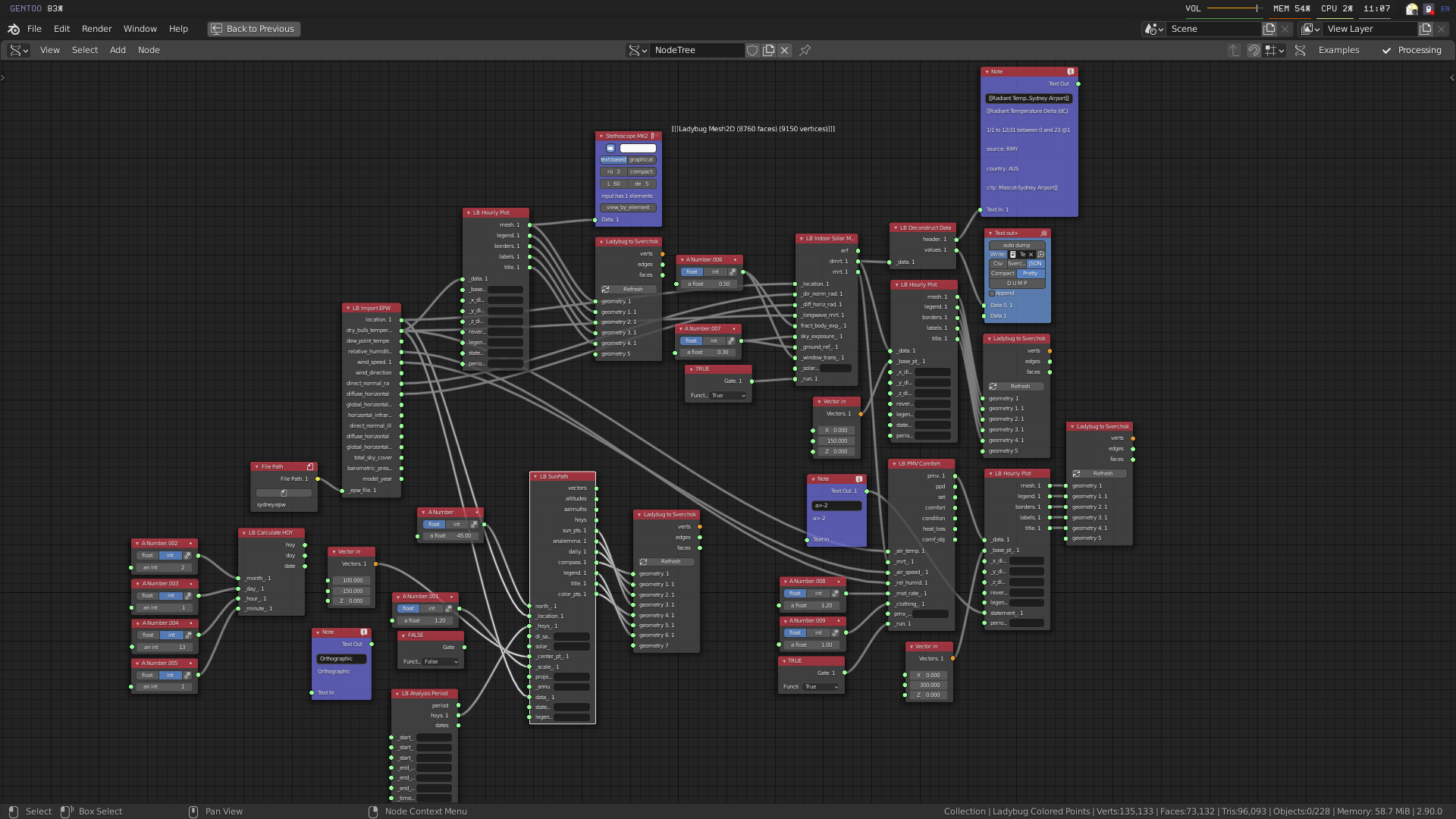 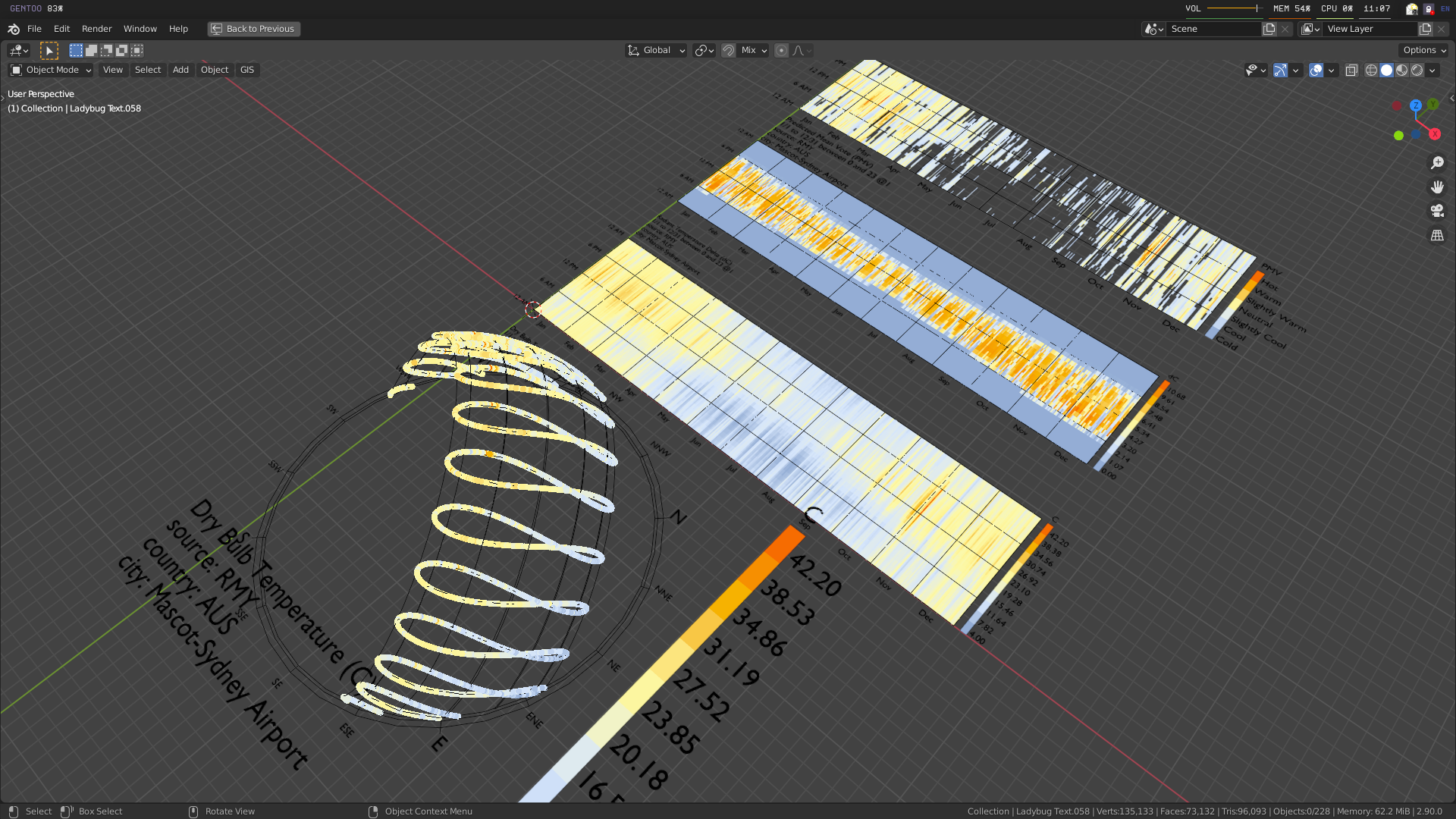 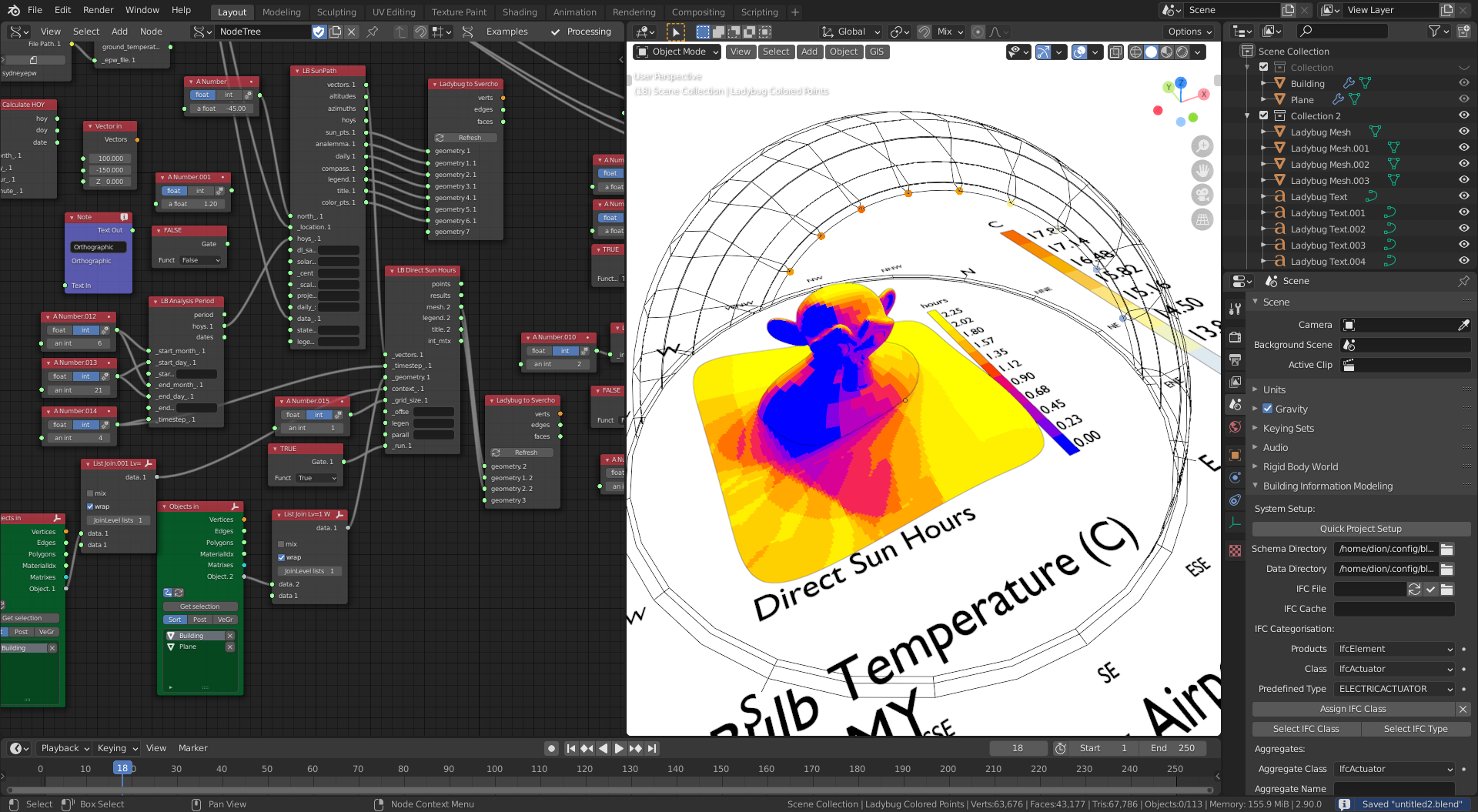