It's been months since I started learning FreeCAD and CAD in general by doing SolidWorks Model Mania Challenge. Finally, after several questions and countless times trying, nowadays I think I'm quite proficient on using PartDesign workbench

(as in I'm not as confused as before and could Google the problem properly).

For the last few weeks I've got a lot of free time so I decided to properly do all the Model Mania challenge from 2000 to 2020. Right now I'm already in 2008 which means I already finished a third of the challenge, so I decided to share it here. Along the way, I've learned many thing, but also confused about several issues. If you could explain to me about those issues, please do tell me.

By the way, here is my FreeCAD data: 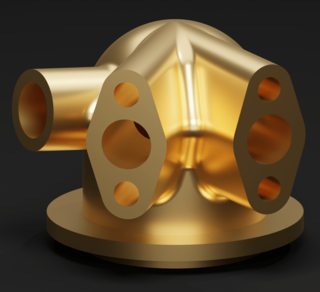 The first challenge, quite straightforward and easy to do. Only have problems when filleting the edges, which is why I didn't do the 2nd phase. 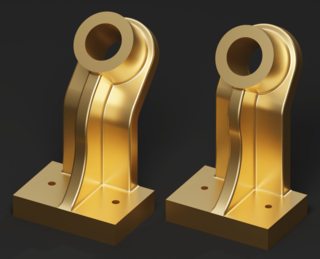 Simpler than the 2000 challenge. Unfortunately, thanks to how FreeCAD handles fillets, in the 2nd phase I have to make a little modification (14:20 in screencast) to the blueprint. Fortunately the differences are not too much. 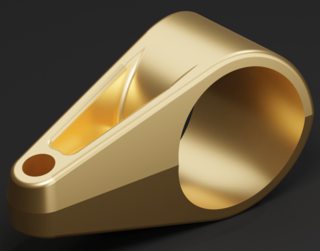 In this model, I need to use two workbenches: Part Design for making the initial shape then Part workbench to mirror and merge it.

When drafting the pocket (11:46 in screencast), FreeCAD cant draft the curved face. According to wiki, draft only works on normal faces, and can't be used on tangential faces. Could you ELI5 me what's the meaning of normal and tangential faces ?

I've tried to Google it, but I still can't wrap my head around it. 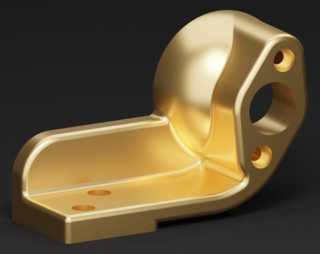 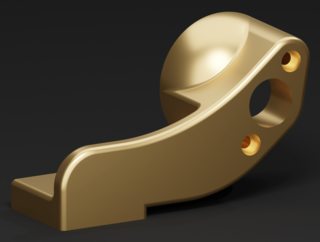 Compared to previous challenges, I think this one is harder than the others.

First: when the first time I'm working on this, for some reasons when I'm creating the dome part, the model always failed to generate correctly. It either become distorted, turns completely black, or only half of the dome that generated. After asking around in forum, apparently it happened because of "coplanar faces issue". I still not really clear on how to fix it properly, however it seems rotating the additional spheres did the trick (06:57 in screencast).

Second: thanks to known fillet issue in FreeCAD, I need to find the "correct way" to fillet this part. Fortunately, thanks to hint from GlouGlou in FreeCAD French subforum, I'm able to fillet the model.

Could you ELI5 me about coplanar faces? From what I understand it's issue where multiple solid share a same faces. Is that correct? If so, why rotating the dome could fix this issue ? 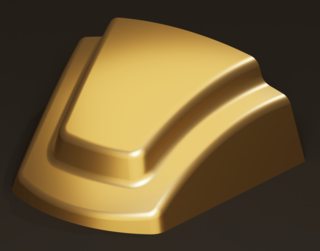 Working on this model is quite straightforward since all filleted edges in this model are located in area with lot of space, so FreeCAD can easily handle it. However, there are several FreeCAD limitations that I found while working on this model which make me can't finished the second phase. 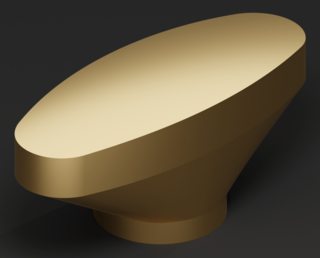 In this model, we are asked to work on some kind of handle. In the 1st phase we make a simple solid handle, then in 2nd phase we asked to remove some area then fillet it.

The 1st phase can be done easily in FreeCAD. However, I can't finish the 2nd phase since the thickness tool in FreeCAD is not as magical as shell tool in SolidWorks. It might be possible to emulate the result by utilizing pocket and sweep, but it's too much for me, so I ended up only doing the 1st phase 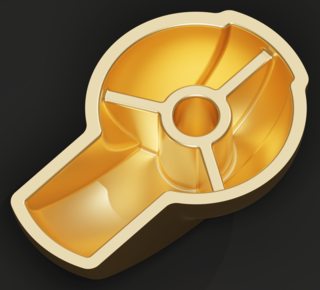 This challenge is a bit hard to do in FreeCAD, thanks to the thickness tool which can't work on a bit complex object. FreeCAD also doesn't have feature to pad a sketch until the next face. As workaround, I ended up having to create two separate part for outer and inner body, then I just need to cut and fuse it at the end.

I also didn't do the second phase because for some reasons FreeCAD can't fillet all of the required edges. However, despite those issues, this is my favorite model so far thanks to how shiny the render result is 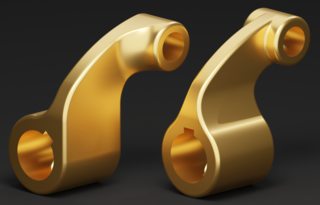 In this challenge, both phase can be done properly using FreeCAD v0.19 without any breaking issues. The only issues that I found are when creating a huge fillet (radius 25mm) for the boss in 2nd phase, FreeCAD can't do it, so I ended up have to do it manually using groove (10:43 in screencast).

From what I understand so far, we should always refine the solids before doing the next steps. However, in this case the fillet won't work if we refine it first. So, is it fine to keep the solids unrefined ?

That's all for now, and thank you.
Top

Huh, that's weird. I've uploaded it using Imgur (since FC forum only allow up to five attachment) and it works fine in my side.
Top

i well see the images.

really interesting and the fact that you have taken the time to explain what were the issues you faced too, gives clues and information of what can be improved.
Top

thanks, now I'm in a rabbit hole... I found the complete collection o date at https://blogs.solidworks.com/tech/2020/ ... mania.html and started going at it backwards (I got 2017 done today); some of them are definitely fillet torture models, wondering if they're okay to submit for that... 2018 is one such thing (I made it apply the fillet without crashing, but some of the fillets render as holes, you can see the inside of the body through them