Also, be nice to others! Read the FreeCAD code of conduct!
Post Reply
3 posts • Page 1 of 1

I am working on a larger assembly. I added something to a subassembly, and updated the main assembly.
Then instead of updating the part the whole updated part was added at a random location instead.
This happened while using the Assembly 2 module.

This is the first project I am working on in FreeCad, had previous used SolidWorks. 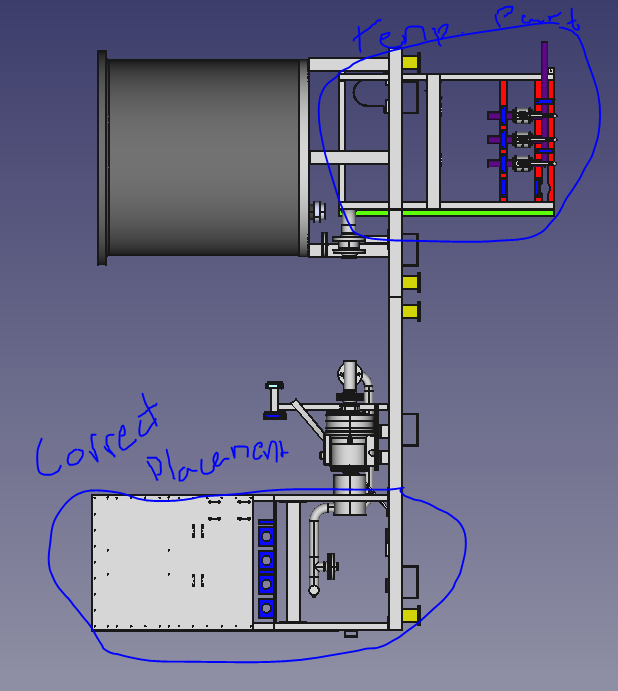 I tried searching the Forums but could not find a similar problem.

Hi, welcome to the Freecad forum,

we have not sufficient information to tell you what went wrong, but here is a video tutorial that shows how to work with Assembly2.
The tutorial is approx 35 minutes and the first 25 minutes are about creating the parts for the model and the last 10 minutes are about the assembly

When you add or remove geometry in a sub-assembly. You usually need to redefine assembly relations after.

P.S. What happens is things like number of faces changes in sub-assembly. And as a result relation gets added to a different face. ATM there are no topology/geometry based solutions available in FreeCAD to mitigate such behavior.
Top
Post Reply
3 posts • Page 1 of 1
Powered by phpBB® Forum Software © phpBB Limited