I'm presenting a new feature of Lattice workbench (available in Lattice2). The feature is named "ParaSeries".
What it does: it varies a parameter over a sequence of values, recomputes an object, and collects the permutations of an object into a compound. The computations are performed in a separate temporary document, so you don't have to worry about the thing irreversibly breaking sketches.
I hope you like the new feature. I think it is a very useful tool.

This model uses two ParaSeries features. One is the sequence of lofts between a gear and a point, which makes up the Christmas tree. The second one varies the link of a placement to point to various vertices in a random fashion, which is then used to distribute the toys.
Merry Christmas, again. I'm a bit early, but I hope that doesn't matter much

Your Lattice WB looks very interesting! Any idea when it will be included in master?


Somehow your screen grab reminds me of the poem A Visit From St. Nicholas (an image is below), but with altered lyrics:


...The children were nestled all snug in their beds,
While visions of primitives danced in their heads...

And of course, a Merry Christmas to you as well! 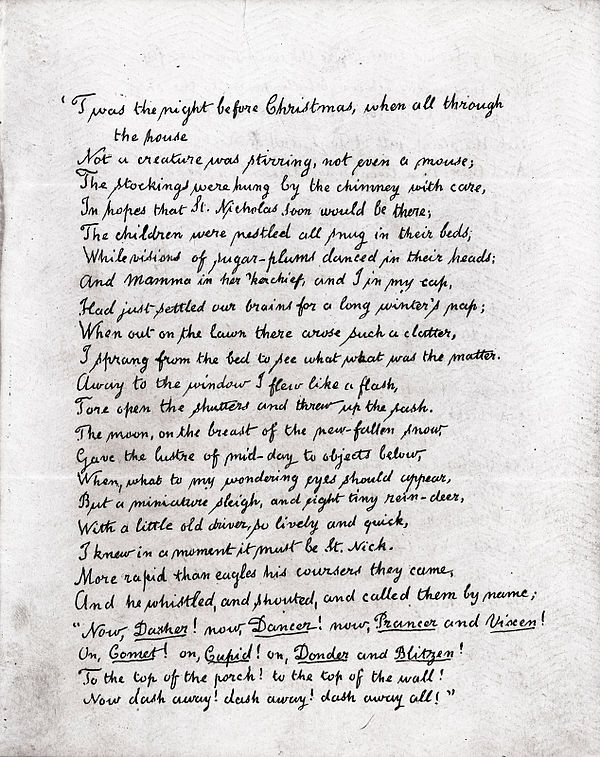 bejant wrote:Any idea when it will be included in master?

Should it be included? It's kinda ok being separate... But I think, some of the tools can (and should) be transferred to FreeCAD. For example, a boundbox feature is a perfect candidate.
Top

nice tree! and merry christmas too

Didn't test the feature yet but nice tree and happy holidays.
Top

Hi,
I do not want to sound grinchy but the "ёлочные украшения" could use some color... ;p

Yes, but I haven't made a feature for that... yet

BTW, both Lattice WB are packaged for Ubuntu in the Community extras repo:
https://launchpad.net/~freecad-communit ... ubuntu/ppa

They are daily builds, so whatever DeepSOIC commits to master is in the PPA on the next day!!
Top