Info about new community or project announcements, implemented features, classes, modules or APIs. Might get technical!
PLEASE DO NOT POST HELP REQUESTS OR OTHER DISCUSSIONS HERE!
Post Reply
8 posts • Page 1 of 1

One more arch object is alive: the arch space!

Basically it is a solid shape (but represented as "empty") that can be defined either 1) by an underlying solid shape object or 2) by a set of boundary faces from other objects. In that case, the space volume is defined by taking the bounding box of all the faces, then removing exterior parts behind the boundary faces. New boundary faces can be added later with the Arch Add button, even to spaces created from a solid. Existing boundaries can be removed with the Arch Remove button.

Finally, the space uses the new "detailed" display mode (that will in the future be used by all Arch objects) to show the area, taken from a horizontal section plane that cuts the space at its center. 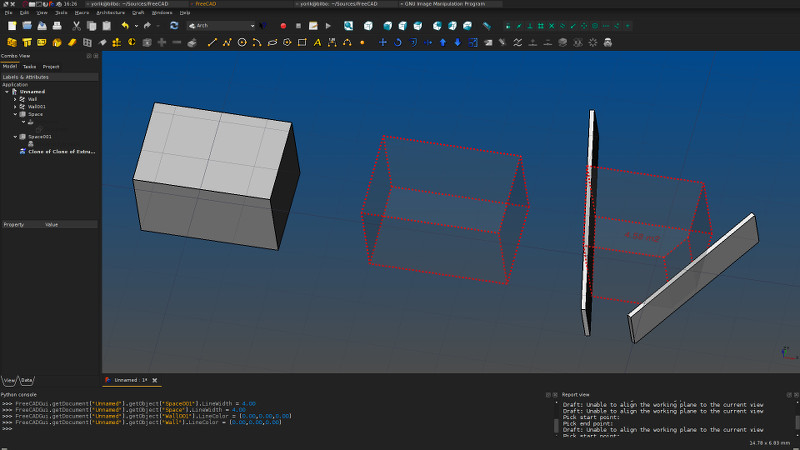 You can also use faces from other spaces to define spaces, so it's pretty powerful, you can build big "bubbles" systems, like arch students adore

One thing still missing is the ability to do the contrary of the image above, that is, build walls from space faces. Not that useful IMHO, but apparently some people want very much to do that...
my freecad blog posts
Top

Arch Walls can now be made from faces of spaces... 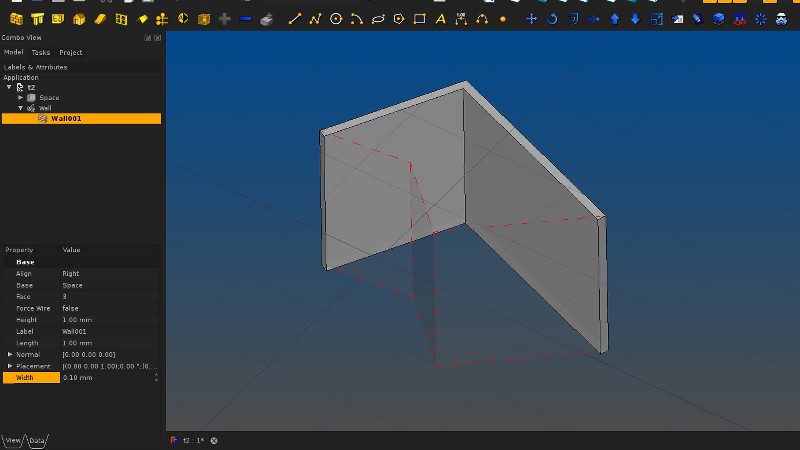 Great! This is one of those features i don't need ATM but just know it will come in handy in the future!
Top

Is there a way to display area in another unit ?
In my case I draw in mm and the space area is in mm², can I display it in m² ? (Division by 1000000) ?
Formations et tutoriels FreeCAD en Français, soutenez moi : https://www.tipeee.com/formations-freecad
Top

Not at the moment, I could actually add something to do that, but I prefer to wait for the units system to be developed further, because then it might make things easier to implement, and integrate better with the rest of freecad. Jürgen said he is working on the units system, so we might see something soon.
my freecad blog posts
Top

Ok, no matter. I can write the result in place of $area.

Hello, I was just wondering about this:
when writing these in python, is it better to write

sort of joined text? or is there a reason why it's better to write this like this?
instead of creating a space in between every word
like

I was wondering if it related to Python 'readability syntax where i've seen examples of first letter capital letters etc etc?

I t depends on the context. If you are going to use these as variable names somehow, then it's better to have them without spaces. It is the case for property names for example, that can be accessed via python, and in such cases having spaces wouldn't work. If it will be just a list of values, however, then there is no problem in having spaces.

In the above case however, IIRC these values are taken from the IFC specs (or is it GBXML? I don't remember), and so they were kept the way they are there, for compatibility.
my freecad blog posts
Top
Post Reply
8 posts • Page 1 of 1
Powered by phpBB® Forum Software © phpBB Limited